Home Home How Can Switching to LEDs Help the Environment? 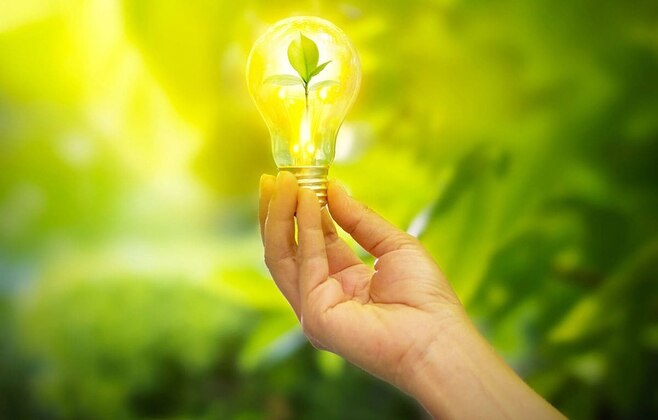 More and more residential homes and commercial business premises are considering the switch over to LED lighting, not just for the associated cost savings, but also the environmental benefits that come hand-in-hand with switching to LEDs.

LED ribbon lighting is a great way to effectively choose environmentally friendly lights for your home or business, nothing is quite as good as LED when it comes to being good for the environment. As time goes on, people are realising the seriousness of looking after the planet – with advocates such as Greta Thunberg and David Attenborough actively encouraging us all to do our bit to help save the world we live in.

If you are worried about your environmental impact, switching to LEDs is a great way to start reducing your own carbon footprint. Here are some of the reasons why a switch to LED lights is a good move for the environment (and your wallet).

LED lighting has an inherent directional nature, this simply means that their light is highly focused. Due to this property, LEDs are able to contribute significantly to reducing light pollution, as they can reduce the amount of unwanted scattered light being put into the environment.

This is one of the most environmentally friendly aspects of LED lighting technology, they have an extremely high electricity to light conversion rate – which can be as high as 90% in most instances. This high conversion rate means that there is minimal heat lost to the surrounding environment.

You can’t talk about the pro’s of LEDs without considering the long lifespan that comes with them. They have a rated life of 30,000 – 50,000 hours, which is a lot longer than their conventional lighting counterparts. This long lifespan reduces the need for regular bulb replacements, which in turn contributes to less bulbs being sent to the landfill.

LED lights are highly energy efficient, and they can save up to 90% electricity when compared to incandescent lighting, and 50% when compared to CFLs. The low energy consumption of LEDs allows for a reduction on the load of electric power plants, which then reduces the amount of fuel being burned in order to generate the electricity.

Unlike their lighting counterparts, LEDs have been designed in such a way as to prevent the generation of any vibration or humming noise. Retrofitting with LED lights can help to reduce or even completely remove noise pollution generated from your lights.

Research has suggested that the presence of traditional bulbs in the vicinity of plants can have an adverse impact on their growth, as these bulbs emit more heat, thus increasing the temperature in that area. Specific garden LED lighting on the other hand, is actually beneficial to plant growth as they are able to provide cool light in the growing area.

Especially with outdoor lighting, bugs and other insects can become a serious problem as they are attracted to the conventionally used incandescent bulbs. The main reasons for this are that the bulbs have a hot surface and a specific wavelength of the generated light – both of which aren’t present in LED bulbs. So you are able to reduce the amount of annoying bugs which can become an issue during the summer period.

The greenhouse gas emissions that are associated with LED lights are a lot less than the conventional CFL or incandescent lights. According to calculations, one LED light bulb can provide the same luminosity as one incandescent bulb, emitting 80% less greenhouse gases.

Get great ideas of housewarming invitations to invite your loved ones

Checklists before you hire a driver to move your furniture