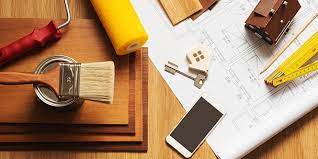 Last year was the most challenging for most of us, we haven’t had many options but to evolve like diamonds in the rough. And having transformed ourselves, it’s only natural that we might have outgrown the home we’ve been working in for over a year now. Many would agree it just doesn’t serve them the same way it used to and would have felt, at one point, the same suffocating sentiment like we won’t last a day longer in our own house.

For the past year, many would have developed new and even healthier habits, to the point of purchasing gadgets and appliances that allowed them to enjoy these. Not to mention, we also became more conscious of the comfort and gratification our purchases offered because the things we are at least allowed to do can only be so much. Being innate cravers of a liberated feeling especially after a hectic work or study week, we had to have an outlet in a period of isolation.

Then came the point when even all the gizmos we bought to keep us stimulated just don’t have the same effect anymore. There eventually came the urge to transform our living spaces to accommodate our new routines and lifestyles. Some have been successful, but some are yet to figure out how to make the same four walls, which they’ve grown bored with, feel exciting again. If you’re one of the latter, here are our home improvement tips to accommodate the new you:

From Bathroom to Spa

Being deprived so long of spa days in the salons we frequent, we could only want to imitate the same Zen ambiance within our own home. If there’s anywhere that could be the best fit, it’s our bathroom. For some time now, many of us coped well with the basic shower, tub, sink, and toilet set up with the plainest tiling all over but lately, we realized how not only appearance but even the atmosphere the bathroom gives off plays a big role in our relaxation aside from regular hygiene.

It only makes sense that we’ve seen a rise in bathroom remodels since last year. Aside from a major focus on aesthetics and ambiance through tile makeovers, accent light installations, and even automatic scent diffusers, many have seen the importance of incorporating tech that encourages more frequent hand washing and bathing, contactless at that too. And so, manufacturers introduced smart, some even voice-controlled faucets, taps, showerheads, toilet lids, and bidets, all hands-free to avoid cross-contamination and even cost-efficient as to minimize water consumption.

More recently, there has also been a rise in ultra-functional tubs that have ambient features such as adjustable lighting, fog, and even the emission of aromatherapeutic scents. With a bathroom makeover, you can have an escape to relaxation whenever brain-numbing work has gotten the best of you.

Outgrowing your home could mean many things, but mostly wanting to get out of it from time to time to inhale fresh air and relax your strained eyes from long hours sitting in front of the PC. If you’ve gotten bored with your old patio or backyard, there are many ways you could liven it up. Summon the help of reliable steel suppliers and put up an all-new deck showcasing the trendiest colors such as this year’s Pantone colors: ultimate gray & illuminating yellow.

Or, why not add an attraction by putting up a pergola? Not only is it stylish, but it also provides shade, a semi-indoor that could be the perfect spot for your herb garden, outdoor kitchen, or any other socializing activity such as game or movie nights.

Clean or replace your furniture, make it habitable again keeping in mind all the activities you could do in your yard rather than indoors, painting, napping, meditating, or exercising for example. Stud the place with outdoor equipment you might need like patio lights, insect zappers, a sound system, and a fire pit. Add accents like throw pillows, rugs, and potted plants to complete the look.

To further make cooking gratifying for you, you can invest in kitchen storage solutions. Adding pull-out condiment and spice drawers or magnetic spice boards are just some simple yet space-savvy upgrades you can do to your kitchen. You can also try out fridge or pantry organizers, many of which you can purchase in stackable sets that help avoid spillage while also saving lots of space.

Seeing your home in a new light could be as simple as doing minor touch-ups all along. But, major remodels can always be an option if you can shoulder the expenses. This renovation would no doubt pay off in the end as it not only makes for a pleasing living space but it adds to the entire home’s market value.

Meta title: 2021 Trending DIY Home Improvements
meta desc: The thought that your living space just doesn’t serve you as well as it should anymore surely popped into your mind during the pandemic. Learn some simple ways to transform your home to accommodate the new you.

5 Ways to Get Rid of Musty Smell in the House...

Why video is important for catching criminals in the act

The Features and Advantages of L-Shaped Modular Kitchen Design

Main Products Of HVAC Suppliers That Can Be Used For Household...