Home Home Improvement Three Reasons to Get an Electric Car 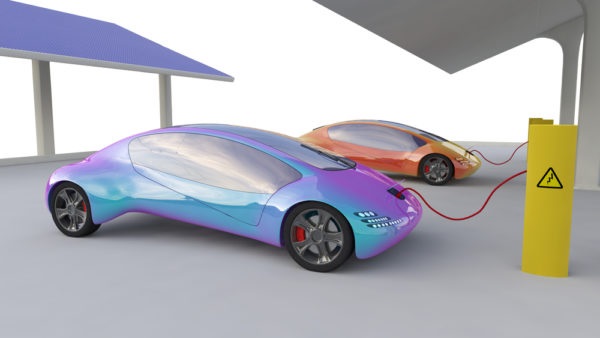 Electric vehicles are not new. In fact, the first electric car was built in the 1830s. It looked more like a carriage than a car, and it’s not far-fetched to assume that it didn’t run very fast. Two centuries later, electric cars can now measure up to gas-powered vehicles. They look as stylish and can go at very high speeds. If you need more convincing, here are three reasons to get an electric vehicle:

If you have a home battery, you can charge your car even during an outage. If you’re out on the road in Utah, you can charge at one of the many stations in the state. According to a 2018 survey, one of the main factors that prevent people from switching to electric cars is range anxiety. It’s the fear of running out of power before arriving at the intended destination or a charging station.

To address this, Utah lawmakers have introduced the House Bill 259. If passed, there will be a charging station for every 50 miles in highways and other key locations. Other states such as California and New Mexico have already passed laws aimed to increase the number of stations.

To find the station nearest you, enter your location on this page from the Department of Energy’s site.

Besides battery life, price is another concern for potential buyers. Gasoline-dependent cars are typically cheaper to buy than electric vehicles. But according to Cox Automotive Mobility, the difference is diminishing. This can be attributed to the diversifying market and the increase in buyers.

If you want a car at a lower price than advertised on the market, you can get a second-hand model. Another option is to get help from the government. For those who are interested in buying a brand-new car, you may be eligible to get up to $7,500 in tax credits from the federal government. Depending on the state, you may also enjoy other incentives.

Car expenses don’t end there. You also have to deal with operation and maintenance costs. According to data from the government, electric vehicles cost half as much to drive as gasoline cars. This means substantial savings considering the fact that Americans spend a lot of their salary on gas. The price of maintenance is significantly lower for electric cars as well.

Electric cars’ most obvious benefit is its contribution to the environment. Electric vehicles produce fewer emissions than gas cars, which translates to better air quality. Switching to electric cars can also help the country. It lessens the U.S.’s reliance on petroleum, which means fewer price hikes.

To maximize your environmental contributions, you can also switch to renewable energy. Install solar panels or turbines so that you can produce electricity to charge your car at home.

Going green doesn’t have to mean high prices and inaccessible resources. As the number of electric car owners rises, its costs will continue to decrease. Don’t let stereotypes stop you from making the switch. Not only could you save a lot of money, but you could also save the environment.

Air Quality Inside Hotels: Are They Well Ventilated?

What are the benefits of wooden floors?

Air Quality Inside Hotels: Are They Well Ventilated?

What are the benefits of wooden floors?

An Insight Into the Two Popular Types of Decking Darwin

Regular Cleaning vs. Deep Cleaning: What is the Difference?

Kids Bunkbeds along with the Different Characteristics of youngsters