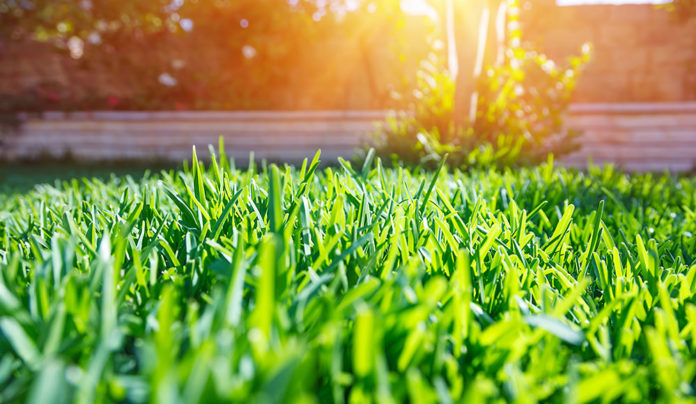 Ted bought a new house. In the spring when him and his wife closed on their house, the front and backyard was thick, luscious and green. Ted’s brand new sprinkler system kept the grass looking great all summer. However, after the winter, the grass seemed to be lacking in something. Ted started trying to figure out the problem on his own because he didn’t want to spend the extra money for a professional to help with what might be an easy fix.

‘Weeding’ Out the Problem

At first,Ted thought the grass needed more watering so he set the timer on the sprinkler system to water every other day. After a week or so, he noticed mushrooms growing in the yard and lots of crabgrass. Scratching his head, Ted decided to search the internet for answers.

After doing his research, Ted decided the answer might be a need for more nitrogen. Making a trip to his local hardware store, he spent a little over $120 on fertilizer and a spreader. Returning home, Ted spent the afternoon cutting, mowing, weed eating and blowing his yard. Around 5:30, he used the spreader to apply the fertilizer. Thinking he had solved the problem, Ted went to bed feeling satisfied.

A week later, Ted came home and noticed the yard had patchy spots of very green areas while other places the grass still looked yellow. After changing his clothes, he spent the evening touching up the areas that didn’t look right.

Over the next few weeks, Ted’s yard started looking better but as the weather grew hotter, Ted noticed some spots that were yellowed and dying. After doing more research, he decided he had chinch bugs. These bugs will eat the roots of your grass and can ruin an entire lawn very quickly. Time for another trip to the hardware store.

More of the Same

Ted spent the entire summer trying to figure out all the problems with his grass. Every Saturday he had to groom the grass to keep it under control. By the fall, Ted was fed up with trying to make his grass look good. He begins to discuss with his wife the idea of selling their home and buying a condo where the grass would be maintained by an association. However, Ted’s wife had just discovered she was expecting a baby and didn’t like the idea of not having a yard anymore.

Ted’s dilemma is much like many of us. Tending to live grass takes time, money and is a valuable waste of environmental resources. There is another choice. Artificial turf or synthetic grass is becoming more and more popular, particularly among those who are earth friendly and those who don’t have the time or money to continually invest in maintaining and/or replacing their grass. Artificial turf is recyclable, only requires watering about once every 3 months, offers different colors and types and looks natural. If you have a pet, there are pet friendly varieties. You won’t need to use pesticides or fertilizers that are harmful to pets and people. Take some time to check out the idea of replacing your lawn with long lasting, always perfect, maintenance free artificial turf.

The Qualities of Concrete – Why Concreting Toowoomba is Preferred by...

Promote Environmental Conservation At The Office With Solar Energy

Myths to Be Debunked Regarding Portable Chargers

Best ways to modify your kitchen